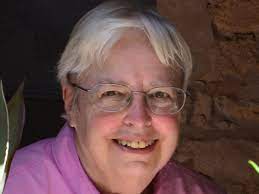 While attending Goucher, she learned about the consequences of racism and discrimination in the era of civil rights involvement. She returned to Baltimore and joined the old Baltimore City Department of Public Welfare. She went on to be a caseworker, training specialist, and Hampden district manager. She worked under the city’s former social service director, Esther Lazarus. She also worked with former Sen. Barbara Mikulski, who was also been a social worker.

Wheeler became the director of the Baltimore County Department of Social Services in 1979 and remained in that position until being forced into retirement after clashing in 1998 with County Executive C. A. "Dutch" Ruppersberger. The newspaper’s editorial also said, “Ms. Wheeler’s competence and dedication is not in question. She is highly regarded by the Child Welfare League of America.”

”To know Camille was to respect and cherish her opinions, always rendered gently but based on deep understanding of whatever issues she was addressing,” said Ms. Schagrin, a fellow social worker. “She was self-effacing woman. Ms. Wheeler was not one for the limelight or attention despite her many accomplishments, and the impact she had on so many. She had strong views about the high quality of services. She made a requirement that her social workers had a master’s degree and a license. She felt our clients needed the best-trained and educated professionals.”

From 1998 to 2016, Wheeler taught social policy, management and community organization at her alma mater, the University of Maryland School of Social Work.

She also served on many boards, including board memberships for the League of Women Voters, the Pro Bono Counseling Program, and the Greater Baltimore Community Housing Resource Board (the author of this blog).

We would like to thank Camille for her dedicated service to the community and to our organization.

A memorial service is being planned.